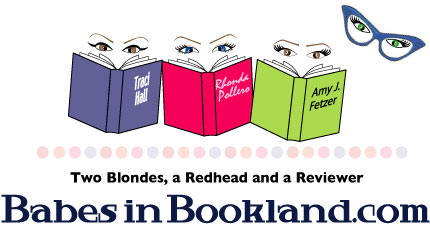 The Summer We Read Gatsby, by Danielle Ganek

The Summer We Read Gatsby

Get ready for a fun-filled romp through the Hamptons.  The Summer We Read Gatsby is as amusing as it is intriguing, and I’m nothing if not bereft now that my time with these characters is over.  I suppose I could always hope for a sequel, but it’s not really the kind of story that cries out for one.   With good writing, an eclectic set of characters (that’s putting it mildly), and a setting made for partying, Ganek hits the mark and runs with it.

Stella Blue Cassandra Olivia Moriarty (Cassie, for short) is the narrator and heroine of the story.  Her parents were Grateful Dead fans and the story goes that her mother went into labor at a Dead concert while they were playing Stella Blue.  This, like all the other stories of Cassie’s past, is highly questionable, as she notes that she comes from a family of storytellers, and the tales grow taller down the line.  Her stepsister, Pecksland Moriarty, is a perfect example of one who keeps up this tradition.

At first appearance, Peck appears to be a flake, and she is; however, she’s a charming flake.  Her eccentricities make her both endearing and entertaining, rather than annoying.  She reminded me of Delta Burke’s character, Suzanne Sugarbaker on Designing Women—a huge personality, who steals the scene whenever she enters the room.  Funny as anything, though you’re sure she doesn’t mean to be; she’s just being herself.  She says things like, “You know, a literary fetish is the new black.”

The gist of the story is that Cassie has come from Switzerland to help sort and then sell the home of her Aunt Lydia, who recently passed away and left her house in the Hamptons to her two nieces, Cassie and Peck.  Though the girls’ shared the same father (Lydia’s brother), neither knew him well, as he passed away when they were young.  As the story went, Cassie’s mother was a free-spirited flower child, who stole Cassie’s father from Peck’s mother.  As you might imagine, there is some awkwardness between the two, though Aunt Lydia did her best to be sure the girls were acquainted and spent several summers together throughout their formative years.

One of Peck’s favorite says is, “There’s a situation,” and they definitely have a “situation” on their hands, as Cassie wants to sell the house, and Peck is dead set on keeping it (neither can afford the taxes or the upkeep, but little things like that don’t bother Peck).  Both have fond memories of their Aunt Lydia, a character and a Hampton’s legend in her own right, and the summers they spent with her at Fool’s House, which is the name of the ramshackle of a house they’ve inherited.

Aunt Lydia was obsessed with artists and their works—mostly bad works, as it turns out—and Fool’s House had always been the site of many parties entertaining such artists.  Also, there was always a Fool-in-Residence, who lived above the garage.  After she died, the current Fool remained in residence, and has become somewhat of a butler and handyman to the girls.  His name is Biggsy, and he’s an odd one, to be sure.  Possibly the most eccentric character in the book, though it’s a toss up, since there are so many.

Then there’s Hamilton, an elegant, gay designer, who lives next door and who was their Aunt’s best friend.  He adds his own flair to the story, and is necessary to both the plot and the driving humor.   Like Peck, he easily becomes the center of attention whenever he’s on the scene—and when the two of them are together, forget about it, it’s a definite lol situation.

Next, another old friend of their Aunt’s, Finn Killian, is a local architect, who only has eyes for Cassie, though she’s the only one who can’t see it.  Their relationship adds another off-beat element to the story, though theirs is definitely not a typical romance.

There’s also, not surprisingly, an odd-ball cast of supporting characters (as if things weren’t odd enough).  Miles Noble, Peck’s first love, is back on the Hampton’s scene and may or may not be interested in Peck.  It is his Gatsy party, where everyone is required to wear white and the women must wear hats, that kicks off the summer’s festivities in interesting fashion.  In addition,  there’s Scotty, Hamilton’s Scottish sidekick, and Laurie Poplin, the annoying, ex-Rockette turned real-estate agent, who’s mission is supposed to be to sell Fool’s House, but who actually appears more in the market for Finn or Miles.

One of the directives in Aunt Lydia’s will was that the girls find something of “utmost value” within the house before they sell it.  Most of the book is spent trying to figure out what that could be.  Could there be a masterpiece among the mostly awful art hanging on their Aunt’s walls?  One of the works is signed JP, and Jackson Pollock was, after all, a Hampton’s resident.  Could their Aunt’s copy of The Great Gatsby—suddenly and mysteriously gone missing--be a first edition?  Or could the valuable something be locked in their Aunt’s safe, the combination another mystery to be solved?

It almost doesn’t even matter, this thing of “utmost importance,” as its all great fun—the searching, the guessing, the partying, the whole month of July in the Hamptons, in fact.  At times, I found myself so caught up in the fun of it all, I forgot there was something at stake and that Fool’s House, in the end, must come to an end.

Reading is a very good habit and it helps me to learn about new things. hemproductsheal.com The Summer We Read Gatsby by Danielle Ganek is a great story. I assume it will be a good experience for you to read it.
Tuesday, April 13th 2021 @ 3:25 AM

Explore and monitor your or other person's Instagram content with all the statistics in a new and better way – Gramho.
Monday, July 20th 2020 @ 11:34 PM

Trying to say thanks won't simply be adequate, for the fantasti c clarity in your written work. I will immediately snatch your rss channel to remain educated of any updates. https://royalcbd.com/cbd-gummies/
Saturday, February 29th 2020 @ 11:43 PM

Speaking of just adding your favorite jacket, Bandage Dress Lubov almost always wears Herve Leger separates.Perhaps because of Herve Leger Replica how we show our pieces, or just the assumed way of Herve Leger, Oktoberfest outfit people tend to wear our collections together, as one piece. But I like them as separates; it’s almost cooler,” she says. “I would put this jacket with a pair of jeans or a work skirt. And of course it all Animal Costumes but if you’re in L.A., you just wear the skirt with a T-shirt. The great thing about Herve separates is that it adds high fashion glamour to any number of basic pieces you already own.”depends on where you live,
Monday, November 18th 2019 @ 10:14 AM

I am truly inspired by this online journal! Extremely clear clarification of issues is given and it is open to every living soul. I have perused your post, truly you have given this extraordinary informative data about it.www.barteryourbusiness.net |

This is a fantastic website and I can not recommend you guys enough. Full of useful resource and great layout very easy on the eyes.www.basicbusinesskit.net |

I have not much time to visit many websites. But today I found this site accidently. I explored much information which is useful to my life. Thanks!www.businesscellphone.net |

You should comment on the competition comparison of the blog. You can highlight it's mind boggling. Your blog exploration/tour will broaden your conversions.www.businessimperatives.net |

You need to take part in a contest for one of the finest websites online. I'm going to recommend this web site!www.business-maps.net |

Hello there, just was alert to your weblog via Google, and located that it is really informative. I will be grateful when you continue this in future. Many other people will probably be benefited from your writing. Cheers! -www.businessofdoinggood.net |

Thank you for your blog, it is wonderful, I came across it by chance but chance would have it. Your blog has recently become a reference for me. :P
Monday, January 24th 2011 @ 5:59 AM